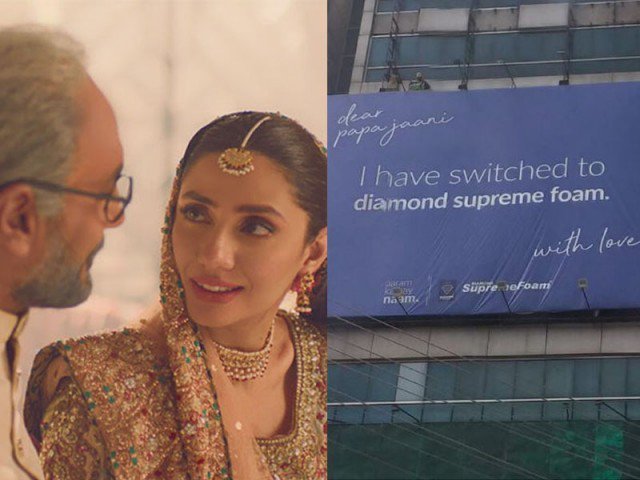 Pakistan’s leading mattress brands have begun a legal fight over the phrase ‘Papa Jaani’. Diamond Supreme Foam received a copyright infringement notice from PEMRA, claiming that Papa Jaani is a trademarked phrase. The court immediately accepted Molty Foam’s complaint and has barred Diamond Supreme from running the campaign and ordered to take down the advertisement which began earlier last month.

Diamond Supreme Foam’s billboards started popping up around the major cities with a single sentence advertising their brand, which was quite evidently taking a jibe at a competitor Molty Foam’s advertising campaign that has for years.

“Dear Papa Jaani, I have switched to diamond supreme foam. With love.”

The text on the billboard advertisement used the phrase ‘Paapa Jaani’ to market the product. The jibe and the campaign immediately went viral and users appreciated Diamond Supreme’s witty take at the ‘father-daughter-mattress-selling-tactic”.