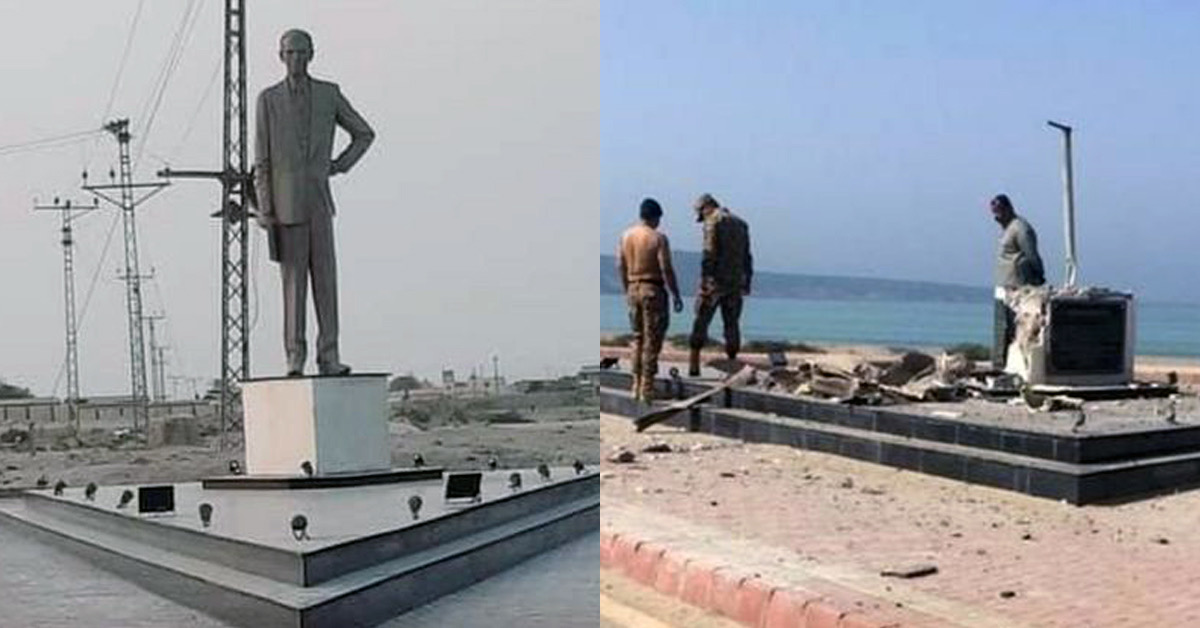 DPO Gawadar reported that the statue was blown apart at around 920 am on Sunday. Gwadar DC Abdul Kabeer said militants posed as tourists in order to gain access to the area. The attackers have not yet been arrested.

According to DC Gwadar, an improvised explosive device was placed at the monument.  However, some sources claim a hand grenade was thrown at it.