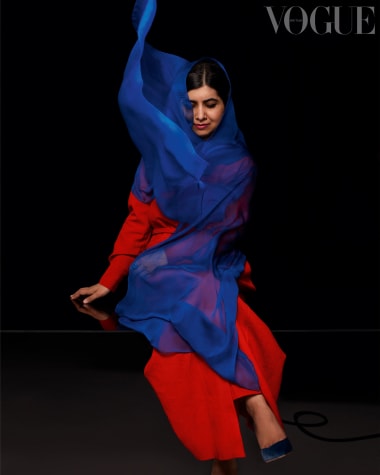 Malala Yousafzai, Nobel Prize winner & Pakistani activist, has been unveiled as the newest cover star of British Vogue. In an interview with feature writer Sirin Kale, Malala stated that she understands that young girls are endowed with power in their hearts when they have a mission and vision. She also appreciated young activists Greta Thunberg and Emma González for their efforts

However, Malala’s feature on the cover of British Vogue has not settled well with a lot of social media users. She said, “I still don’t understand why people have to get married. If you want to have a person in your life, why do you have to sign marriage papers, why can’t it just be a partnership?”

Malala’s views on marriage were seen as controversial by many in Pakistan. They criticized her for having gone too far from her roots. Most of the users are praising the efforts made by her to achieve her goals & work for humanity.