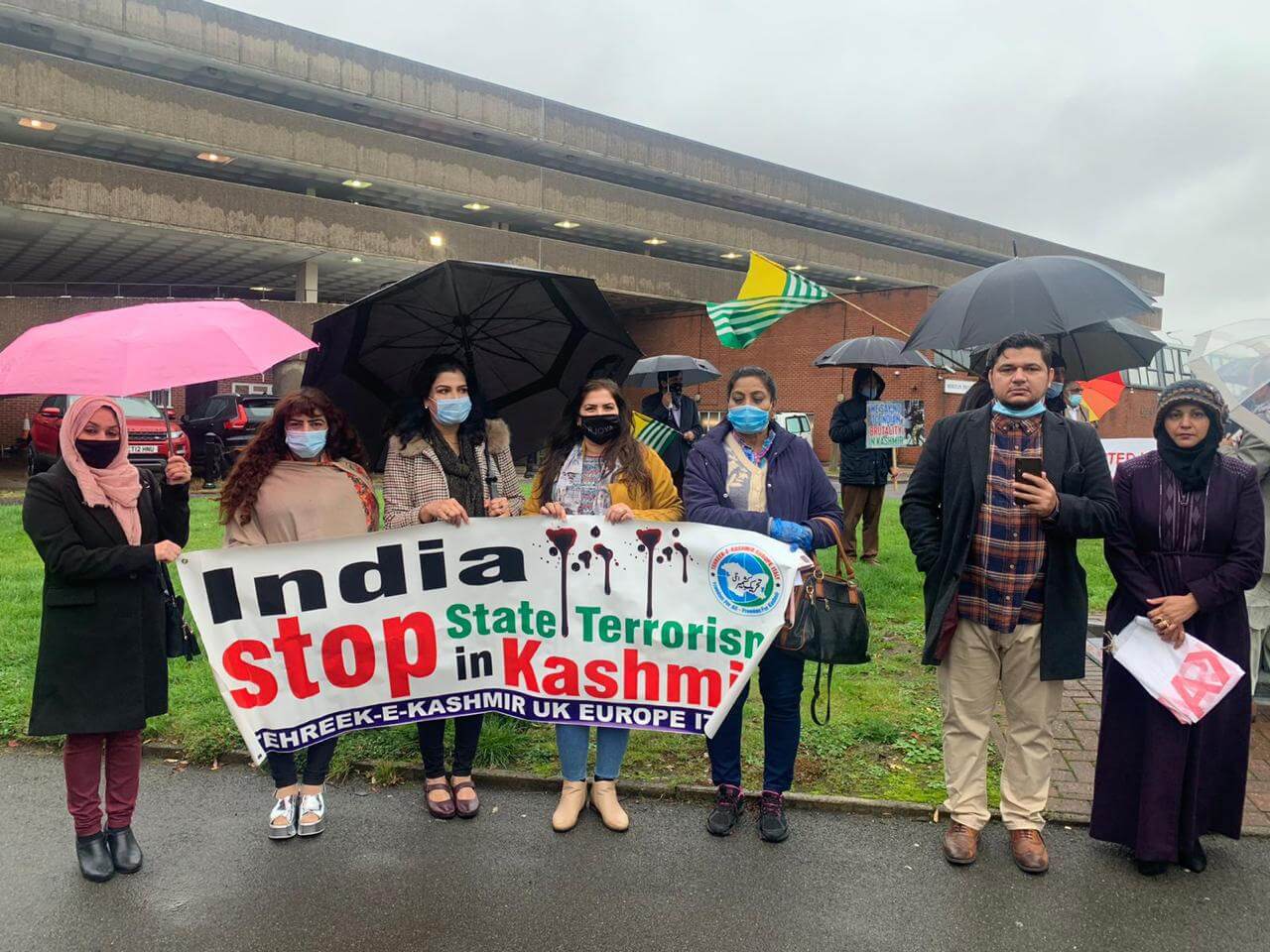 The Tehreek-e-Kashmir, UK called for a Kashmir martyrs’ day protest on Sunday that was attended by many Pakistanis and Kashmiris. There were few events, including digital campaigns from London to Glasgow. Moreover, the protest was against Indian forces’ brutal violence against Kashmiris. On May 21, 1990, Indian forces killed 70 unarmed Kashmiris. Therefore, this is clear evidence that Indian forces have committed brutality and massacres.

Tehreek-e-Kashmir, on this particular date, initiated a digital campaign to observe Kashmir martyrs’ day. Thus, the objective of this campaign is to bring attention to this illegal act by Indian forces in an illegally occupied territory. Additionally, the protesters called for an end to India’s militarism in Kashmir, freedom for political prisoners, and freedom of the press in Kashmir and for the withdrawal of Indian colonial rule.”