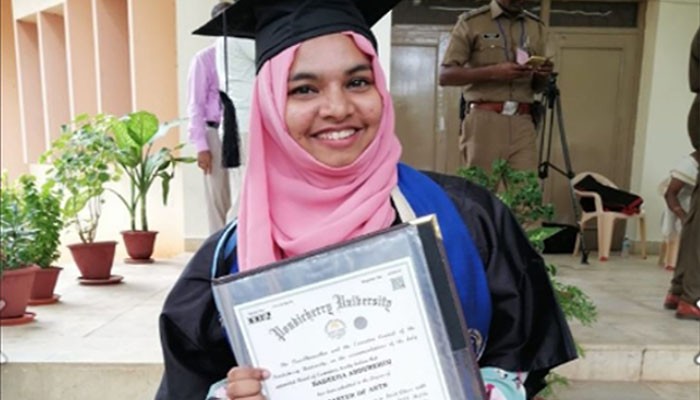 Rabeeha Abdurehim, an Indian Muslim student refused to accept the gold medal at the Pondicherry University in protest against the Citizenship Amendment Act (CAA). Rabeeha who secured first position in the post-graduate department of Mass Communication mentioned that the gold medal was an insult to her and every student fighting against whatever is happening right now and it was in solidarity with all the students around India.

Citizenship Amendment Act (CAA), contentious law passed by the Indian government that has triggered protests around the country. At least 25 people have died in 11 days of demonstrations and violence after Prime Minister Narendra Modi’s government passed the law, which is being criticised and seen by most as anti-Muslim.