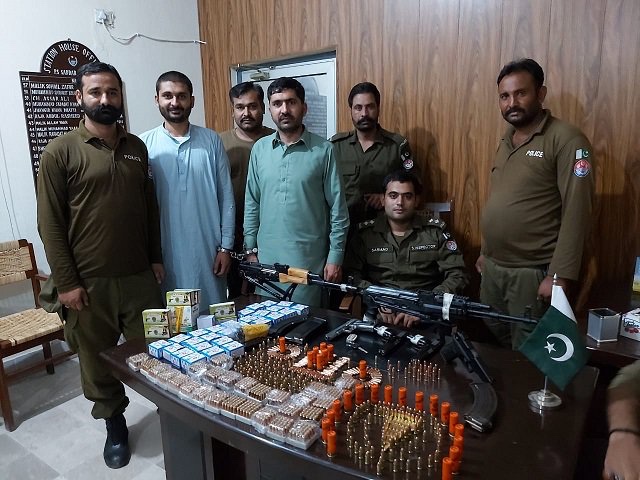 Acting on a tip-off, police arrested two suspects, Ibadur Rehman and Muhammad Faisal, and recovered a huge cache of arms and ammunition from their possession in Rawalpindi. They had hidden the large number of weapons, including a foreign machine gun, worth millions of rupees secretly in an abandoned car parked on Adiala road near Gulshan-e-Iqbal bus stop.

The seized arms also include around 1,200 bullets, four pistols, one sub-machine gun and a large variety of ammunition of different calibres.