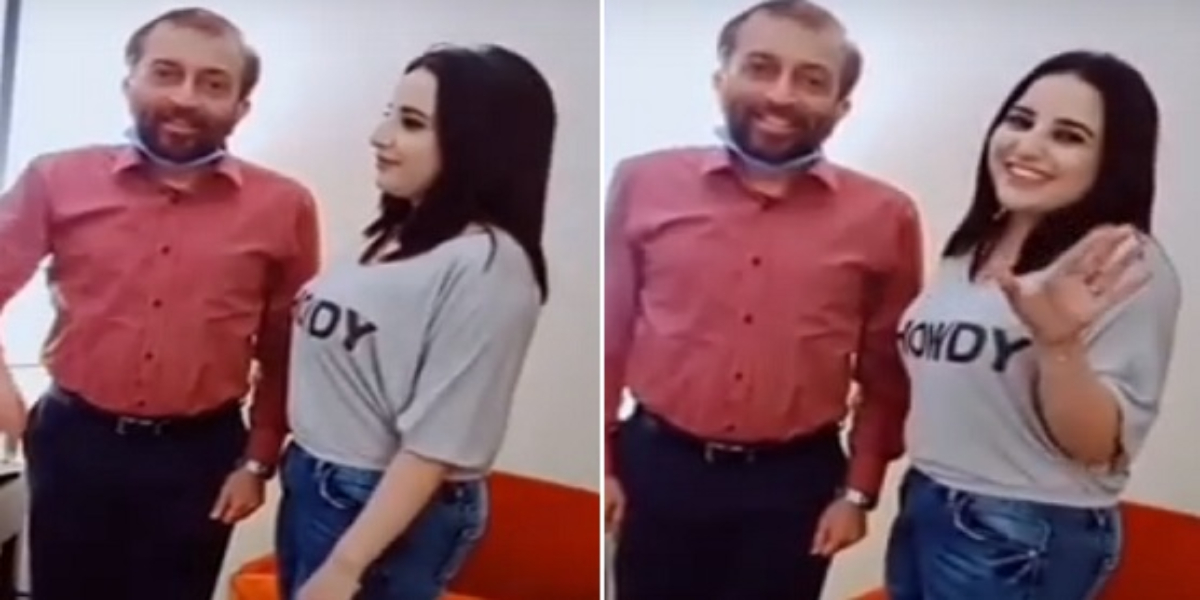 TikTok celebrity Hareem Shah has said that former MQM leader Dr Farooq Sattar has saved her number on his mobile phone as ‘naughty girl’. After a video of Hareem and Sattar meeting in a hotel room went viral all over social media, Hareem decided to answer some questions that the public had left for her.

Hareem said that Farooq had saved her name as ‘naughty girl’ because of her mischievous habits. She stated that they both had been in touch for past six to seven months and met when he invited them to a hotel in Karachi.

The TikTok celebrity said that Sattar had told her that his financial condition was not good these days and his party is “going down”.“He says I have parted ways with the MQM and formed a separate party,” Shah added. Sattar has, however, denied her claims.