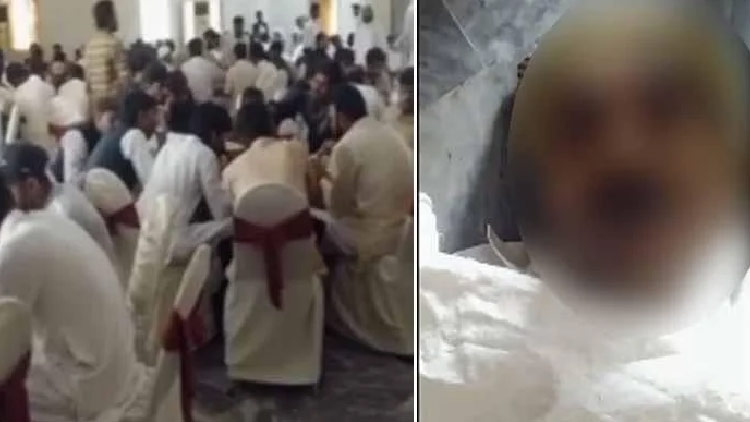 In a shocking and heartbreaking incident in Punjab’s Kasur, a poor rice cracker vendor was allegedly tortured to death by wedding guests for selling crackers inside the marriage hall. The videos of the incident that went viral on social media show that the body of the vendor, identified as Ashraf alias Sultan, is lying on the floor while the guests are enjoying their meal.

Ashraf’s brother-in-law Pervez later told police that he was riding a motorbike with his friends outside the wedding hall when he saw the incident and tried to rescue him but failed.

Meanwhile, the rice cracker vendor fell to the ground after being tortured after which the rescue team came and confirmed his death.

After a hue and cry on social media, Punjab Police sprung into action and arrested 12 people, including the wedding hall manager in connection with the alleged killing.