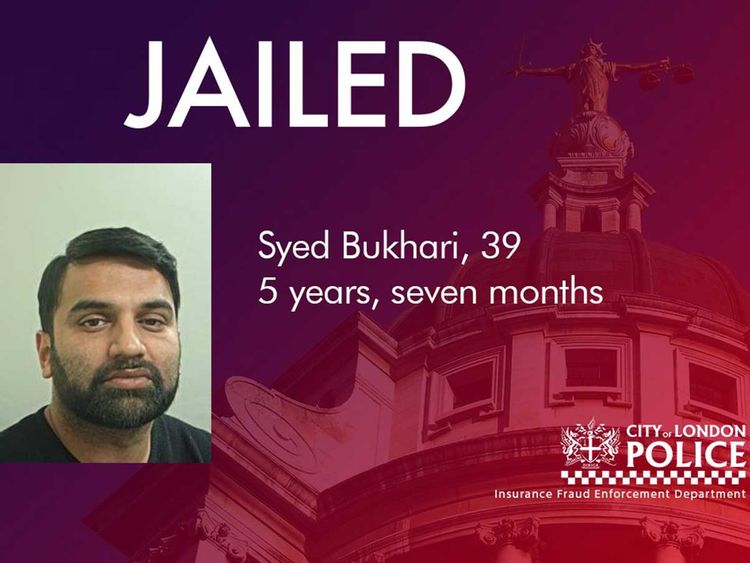 Syed Bukhari, a British-Pakistani, has been sentenced to seven years in prison for trying to fake his own death to claim one million pounds from an insurance company. Bukhari, 39, impersonated his wife on the phone, claiming that he had passed away following a heart attack in Karachi. Bukhari “used a bogus death certificate”, medical certificate, and a trust document to progress his insurance claim.

Bukhari was caught after a voice analysis expert confirmed it was Bukhari’s voice and his fingerprints were found on the documents he submitted. Bukhari had previously defrauded an elderly couple and tricked them into transferring £150,000 into his bank account and “sold their house without their knowledge”.