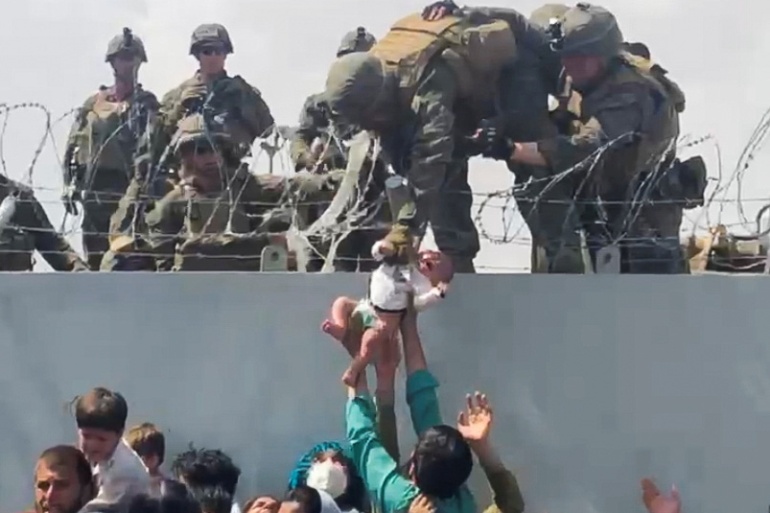 An infant boy handed to a soldier in desperation across an airport wall during the Afghanistan airlift has been found and reunited with his family in Kabul. Thousands of people rushed to flee Afghanistan on Aug. 19 as the Taliban took control of the country. Two-month-old Sohail Ahmadi was among them.

After Reuters published exclusive images of the baby in November, the baby was tracked down in Kabul where Hamid Safi, a 29-year-old taxi driver, had found him in the airport and taken him home to raise.

Safi returned the jubilant child to his grandfather and other relatives in Kabul after more than seven weeks of negotiations. He now will be reunited with his parents and siblings that were evacuated to the United States months ago.