With more than 5000 patients on oxygen and dangerous Covid variants in Sindh, Pakistan faces a major threat 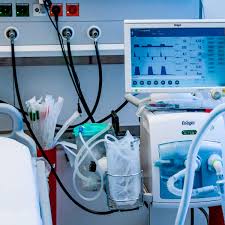 The number of critical Covid-19 patients on oxygen has reached 5,360 the previous day. “This is 57% more than during the peak last June,” Asad Umar said in series of tweets. Meanwhile, Sindh Health Minister Dr Azra Pechuho revealed that the South African and Brazilian variants of the novel coronavirus disease have been found in samples taken by the Aga Khan University Hospital (AKUH).

The AKUH had collected 13 samples to perform genomic study confirming the variants of the virus. Out of these samples, 10 were of the UK variant, two of the South African variant while the other was found to be of the Brazilian variant.

Dr Pechuho said that these strands of Covid-19 have the potential to bring the current healthcare facilities to the brink of collapse.

She warned that the UK variant was more lethal and spread more rapidly, with around 60% infectivity rate and nearly 68% fatality rate once infected. The health minister added that the fatality rate for the South African and Brazilian strands was also high.