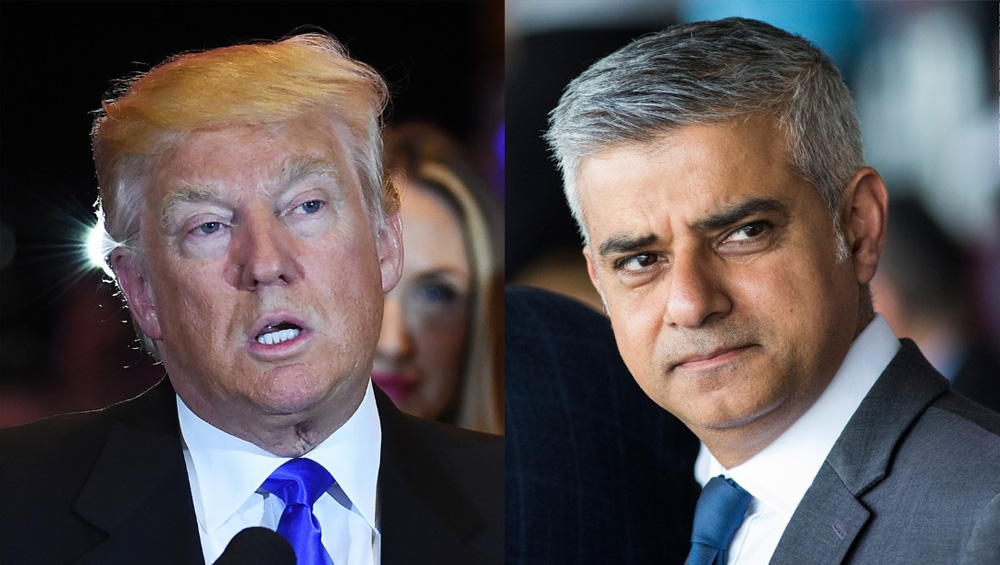 Ahead of his three-day state visit to London, Donald Trump has taken to twitter to attack London Mayor Sadiq Khan and called him a “stone cold loser” who has done “terrible job” as London Mayor. Trump’s response came after the British-Pakistani Mayor compared Trump to fascist leader of 20th century who is promoting far right values and undermining liberal democracy.

Trump’s reaction came after Khan’s article appeared in Observer newspaper on Sunday. In the article Khan compared the president’s language to those used by “fascists of the 20th century” and said the UK should not be “rolling out the red carpet” for him.

Khan further said, “President Donald Trump is just one of the most egregious examples of a growing global threat. The far right is on the rise around the world, threatening our hard-won rights and freedoms and the values that have defined our liberal, democratic societies for more than 70 years.”