Retired generals not loyal to their institution, should return badges: Maryam 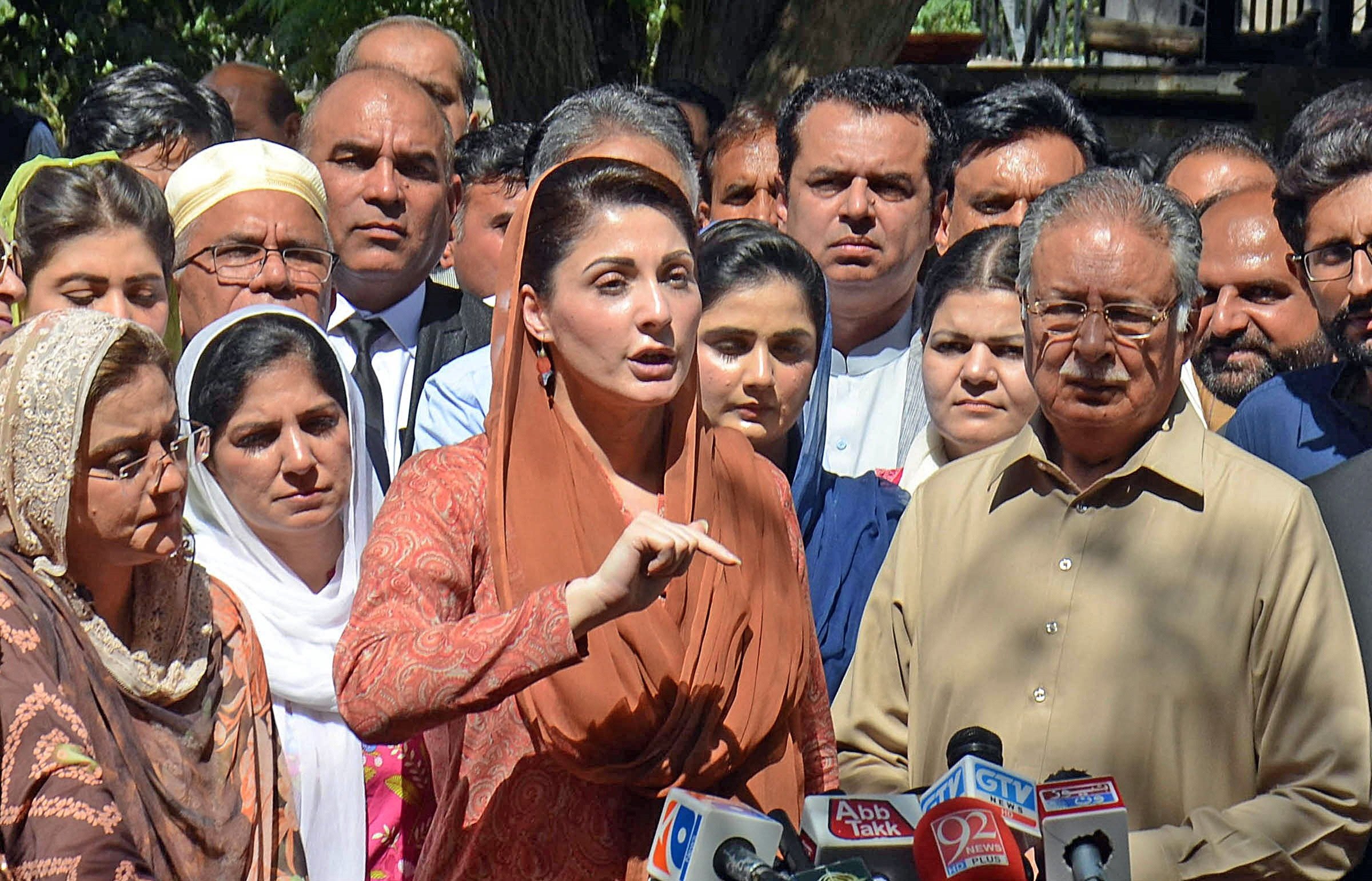 Taking a jibe at retired generals who called for dismissal of assemblies, PML-N Vice President Maryam Nawaz on Thursday, said the Pakistan Army veterans were not loyal to their institution. Speaking to media outside Islamabad High Court (IHC), Maryam challenged them to return their medals if they were interested in politics, adding that the media should criticise the one “who made things worse”.

She added that the government could not be overthrown by “bullying”.

She further said that it was not good to drag institutions into politics.

She quipped that the name of Bani Gala should be “Money Gala”. She added that the former first lady was given a diamond of five carats for “opening a lock”.