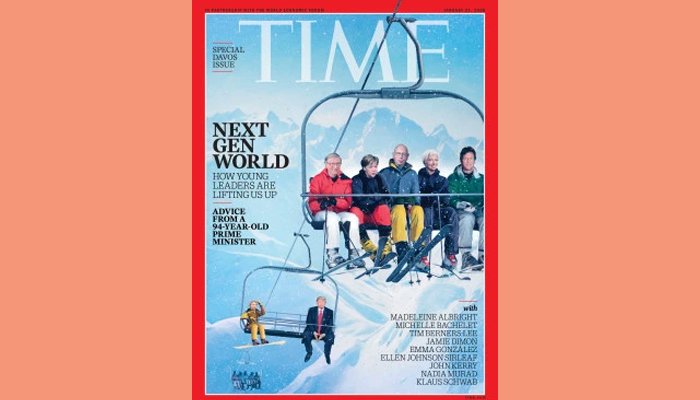 The magazine’s cover featured the five leaders sitting on a chair lift with the snow-covered Swiss Alps in the background. US President Donald Trump and young climate activist Greta Thunberg can also be seen sitting together on another chairlift in the background of the illustration.