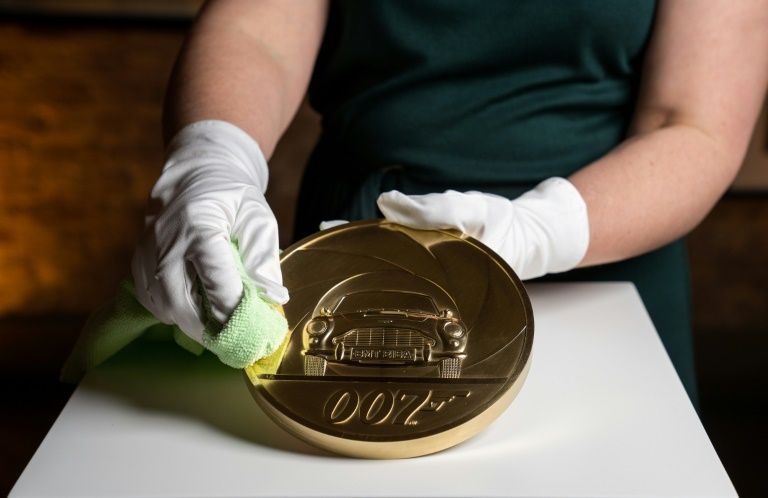 Britain’s Royal Mint unveiled on Monday a seven-kilogramme gold coin with the highest face value in its 1,100-year history in honour of the latest James Bond film. The one-of-a-kind new coin celebrating the release next month of the 25th movie in the legendary franchise No Time To Die has a face value of £7,000 ($9,000). At 185 millimetres in diameter, it is also the largest coin ever made by the Royal Mint, Britain’s official coin-maker.

It is part of a collection of several coins and metal bars launched to mark the release of No Time To Die, which premieres in London later this month.