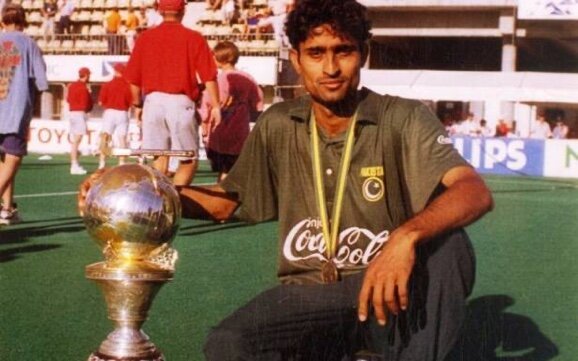 Legendary hockey player, Shehbaz Ahmed Senior has been picked as the next recipient of International Hockey Federation’s Order of Merit award. The award was approved in the 48th congress of the FIH in Lausanne, Switzerland. The former Pakistan captain is a gold medalist of 1994 Hockey World Cup while he also won a bronze medal in 1992 Barcelona Olympics.

Shahbaz represented Pakistan for 16 years and is considered as one of the best hockey forwards the sport has ever witnessed.

The 54-year-old, who made over 300 appearances for Pakistan, was named the player of the tournament at both the 1990 World Cup in Lahore and the 1994 World Cup in Sydney.

Meanwhile, Tayyab Ikram was elected as the new president of the FIH by the congress.

“Of the 126 votes submitted by the member National Associations, Tayyab Ikram attained the required absolute majority of more than half the votes, receiving 79 votes to the 47 given to Marc Coudron (BEL),” the FIH said in a press release.