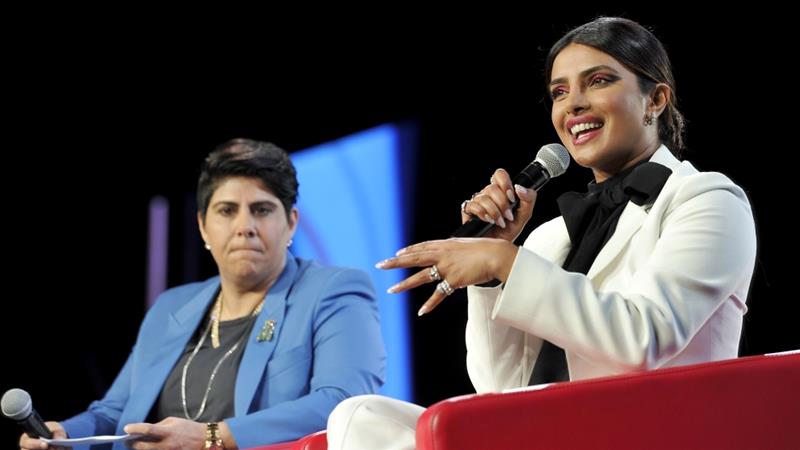 Priyanka Chopra has been branded a hypocrite over a tweet she posted in February amid escalating tensions between India and Pakistan. The incident, which was widely shared online, took place during a cosmetics event in US when audience member Ayesha Malik accused Chopra, who was appointed a United Nations goodwill ambassador in 2016, of “encouraging nuclear war against Pakistan”.

In the video of the confrontation that was posted on Twitter, Malik is heard saying: “It was kind of hard hearing you talk about humanity, because as your neighbour, a Pakistani, I know you are a bit of a hypocrite, because you tweeted on February 26, ‘Jai Hind [Hail India] #IndianArmedForces””. The venue’s security took away the microphone from Malik while she was still speaking.

“I know I’m on the right side of history here. She (Priyanka Chopra) said, ‘stop yelling’. You just saw my mic being taken away, how else are you supposed to hear me if I don’t raise my voice?,” Malik told Al Jazeera.