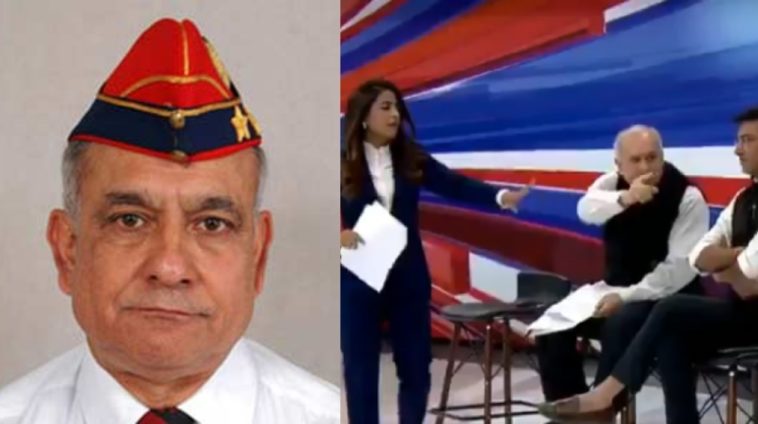 Retired Indian Army Major General Sinha has called for rape of Kashmiri women, on live television. Recently, the ex-General SP Sinha was part of a live television program. During the program, despite requests from the anchor and everyone else to keep his ‘rape advocacy’ to himself, he began shouting ‘rape for rape’ at the top of his lungs.

The man has a history of using rape as a strategy. Back in 1991, the then Brigadier Sinha assembled Sikh villagers in a locality, calling for ‘creating a new breed for Punjab’ when the Indian military was crushing the Sikh movement in Punjab. The video clip went viral and General Sinha was slammed by social media users for his act.