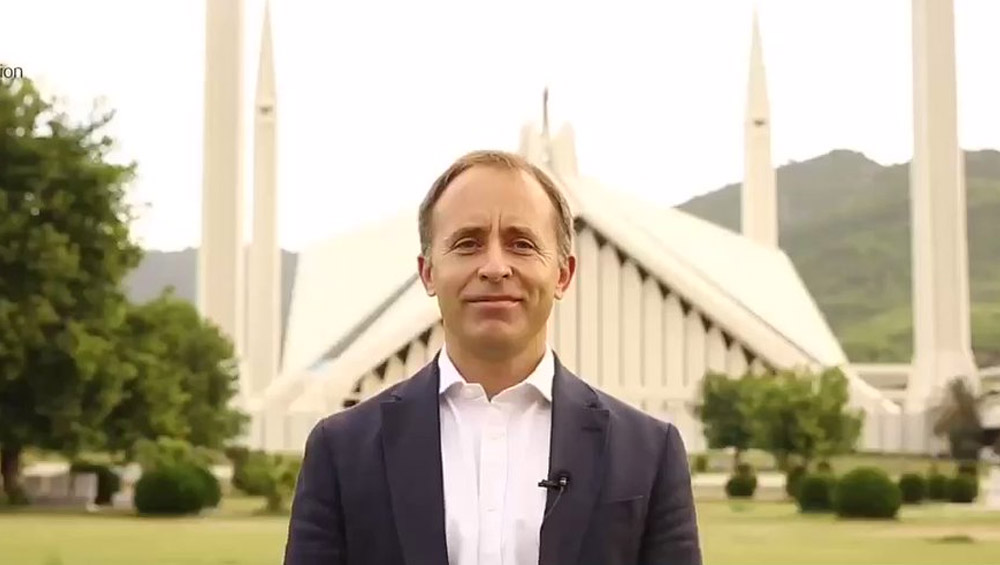 As 240 passengers on board the British Airways’ Boeing 787 Dreamliner, holding Pakistani and British flags, are set to land at the Islamabad airport on Monday, June 3 at 9:25am, the British High Commissioner Thomas Drew has recorded a message for travellers from both countries by saying that the airline’s resuming operations is a testament to Pakistan’s improving security situation.

The British envoy spoke out via Twitter in a video message, saying: “This is a big day for the UK and Pakistan as the first flight of British Airways new direct service takes off from London’s Heathrow, headed here to Islamabad.”

View the full message of British High Commissioner below: