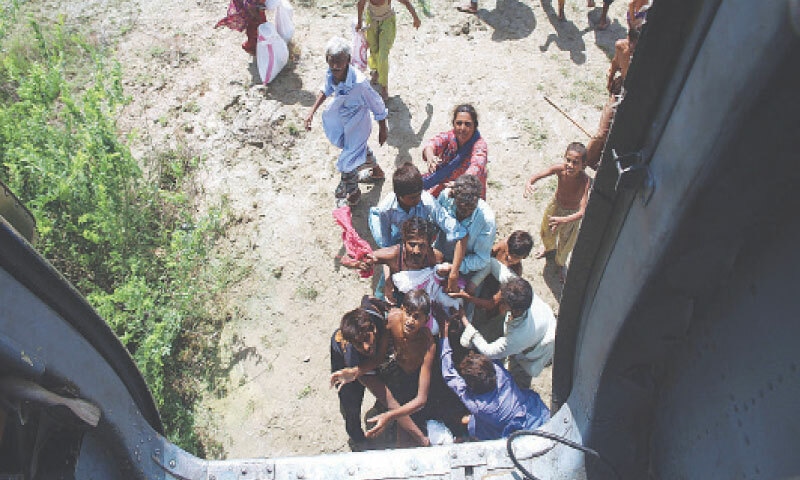 The government of Balochistan admitted that the helicopter that wasted flour bags meant for flood relief by dropping them from a great height belonged to the provincial government. Balochistan Chief Secretary Abdul Aziz Uqaili said the chopper was forced to do so as he could not find a safe spot to land.

The chopper was trying to drop relief supplies in the Hanna Urak area, a locality on the outskirts of Quetta. According to the secretary, the pilot admitted that during one of the sorties, a few bags were dropped from a great height which resulted in them being wasted. However, he claimed, it was not possible for the helicopter to land or fly low in that area due to difficult mountainous terrain.