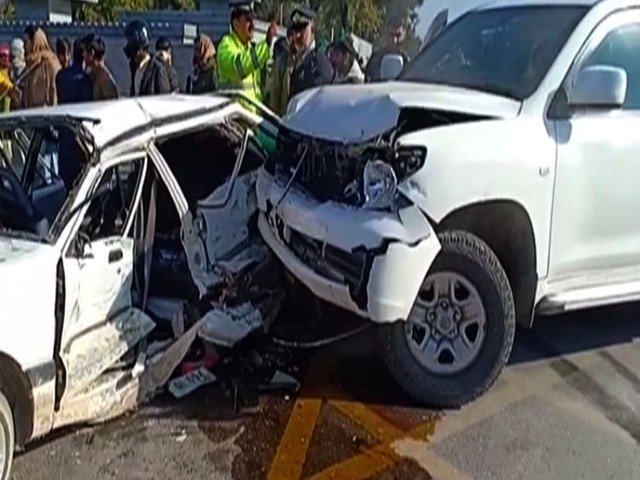 A speeding SUV belonging to the US Embassy hit a car carrying six people in Islamabad on Sunday, killing one woman and injuring five. The deadly accident happened on Margalla Road near Faisal Avenue Chowk when the speeding Toyota Land Cruiser hit the Suzuki Khyber car from behind. One of the vehicles might have driven through a red light.

The police arrested the Pakistani driver of the US Embassy, named Amjad Zaman, and registered a case against him at Margalla police station.

Accidents involving vehicles belonging to diplomatic missions, especially the US Embassy, have been frequent in recent years and in most cases the drivers got away unpunished by invoking diplomatic immunity.