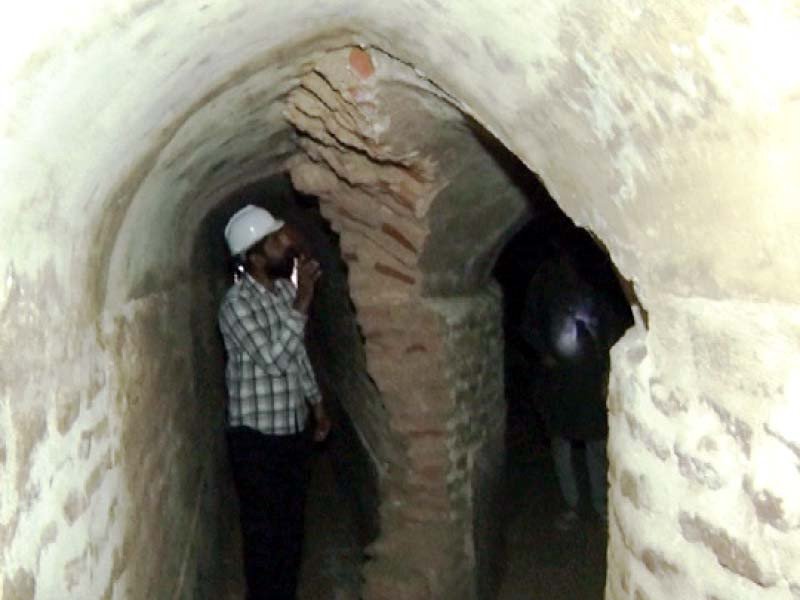 A 400-year-old tunnel has been discovered during restoration work at the Royal Fort in Lahore. Despite being buried in the heart of the city for centuries, this tunnel is still firmly in place today. The tunnel is well ventilated and lighted, while niches had been made for lighting the lamps. As per the opinion of experts, the tunnel was used as drainage and secret passage. 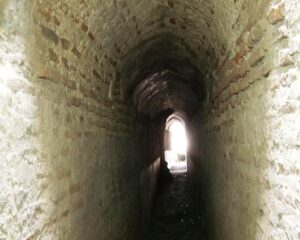 Walled City of Lahore Authority (WCLA) Sub-engineer Hafiz Umran, who was working on the project said that further excavations and research reveals that this is a drain system that was built 400 years ago. Initially, the 625 feet long tunnel has been restored while more work will be done in the next phase.

This tunnel passes under different parts of the royal fort, he added. “There are many small tunnels along the main tunnel when we enter in the tunnel. Lighting and air supply are also arranged at different distances.”